Big numbers can be tricky to get ones head around. It's why they get kindergarten kids to bring in 100 of something on the 100th day of school. Our brains sometimes struggle to grasp the enormity of big numbers.

340,000 is a huge number. I've been trying to get my head around just how big that number is in the context of litres.

Yet, somehow last summer, a pipe moving liquid cow manure through a culvert and across a field burst and for three hours, gushed liquid shit at a rate of 340,000 L PER HOUR. FOR THREE HOURS. That's a total of well over 1 MILLION LITRES OF TOXIC LIQUID MANURE in a matter of THREE HOURS. 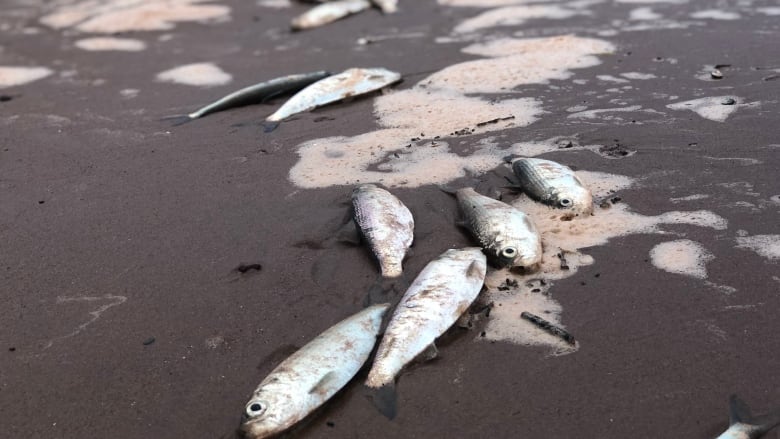 I keep waiting for this number to be corrected in the CBC article, thinking it simply cannot be correct. But it still stands, a day later and is based, presumably on court documents, so must be correct. It is little surprise then that the reported number of brook trout was 600 and that's just the ones they found. The nearby public beach was closed for the season and shellfish was limited in the area.

The take away from this article is not about this specific farm however. It's not even about the shit or the fish. It's the fact that we've designed a system to heralds the capacity and size of farms like this. We've placed efficiency and cheap food on such a high pedestal over the values of sustainability and ecological awareness that we shouldn't be shocked when disasters like this happen.

We can discuss the multiple dangers of liquid manure another time, but consider that a small farm wouldn't likely be moving manure so far. They wouldn't be moving it by pipeline. They wouldn't have such a large pipe or pump system. Manure wouldn't be a waste product to be rid of, but a valuable input to be managed and monitored closely. A small farm would never have found itself in the position of being in court for spilling liquid manure at a rate of THREE HUNDRED FORTY THOUSAND LITRES PER HOUR.

$50,000 is a significant fine in the world of PEI agriculture and it might even lead to changes on that farm. But it doesn't do anything to move us toward a system of more, smaller farms with more farmers and happier neighbours.