When it rains it pours...

Within days of writing that last entry it suddenly became very petty.  While it's true that I was premature in sending so many lambs to slaughter and that the sales weren't immediately knocking down my door, it wasn't worth whining about to the internet.  It did however lead to a number of sales, so I guess it wasn't all bad!

I've wondered about how to write this post, since I tend to try to keep this blog farm-related, but recognize that it really started as a newsletter of sorts to my family all living in another province.  My absence of late has not been because we've started harvesting grain (we haven't) or because the cow has calved (she hasn't) or because the kids are busy (they are), but because of a terrible and shocking death in my family.  I spent the week in NB with the rest of the Wilson clan and however therapeutic those days of mourning and remembering may have been, I think we will all have some really tough moments in the days and years to come.  Thankfully, coming from a huge, noisy and supportive family makes the burden easier to bear.
I would be remiss if I didn't thank my family here on PEI, who make it so easy for me to just up and leave a busy farm behind in moments like these and never think twice.


The weather here is confused and instead of being the cooling of late August with crisp nights and breezy days, we are experiencing July all over again.  It's humid, hot and we need our fans on in our bedrooms again.  My pepper plants are enjoying it though and instead of giving up growing as they usually do at this point, I may actually get a red pepper out of my garden this year!

The reference in the post title is partly due to an actual flood that happened here while we were gone.  Charlottetown got 93mm of rain in a day and it flooded many parts of the city.  Mark's sister had 3 inches of water in her house.  Meanwhile we were commenting on the moderate and pleasant temperatures of an overcast sky in NB at the Expo-Kent sheep show.  Thankfully this part of the Island didn't get that much rain and we didn't experience any sort of negative effects at all.  In fact with the heat this week, the soybeans will be striving.

Mark is gearing up to harvest tomorrow.  He might have gotten at it today, but he and Wendell spent the day rouging oats out of the Acadia wheat.  They quickly figured out why there were so many oats in the wheat once they realized that the cover crop of oats from last fall waited until this spring to germinate.  Because the Acadia is such a small plot of important seed, it would be best to be harvested first, to prevent any other varieties getting mixed in within the combine.  So, I suspect that will be the first go, once the dew is off tomorrow.  Fingers crossed!

The soybeans are looking great and the edamame is ready!  We are so excited to be going to the second annual organic street festival this coming weekend (more details to follow in the next few days) and taking some edamame (along with chickens and of course, lamb!)  I am hoping to be able to cook some on sight and sell it as a snack, but I'm not sure what kind of regulations I have to worry about.  I'll probably just play the ignorant, dumb blond farmer girl if it comes down to it.  It's just beans, water and salt for goodness sake!
Anyway, the big project this week will be picking and experimenting with storage, cooking and serving edamame, so that will be a welcome distraction for me.  I also have my job and the usual farm stuff, but since edamame is such a short season crop, we have to make the most of it!

Hope this finds you NOT resisting the final days of summer and instead embracing the newness of another season.


This one goes out to a woman with a laugh that you couldn't resist.  Throw in a dash of sarcasm, some competitiveness, spontaneity, and drive/ambition and you've got the recipe for a one of kind.  It's cliche to say she won't be forgotten and that we will miss her, but in Nora's case, she helped make so many memories while she was with us, that it will be impossible to not feel her absence, always. 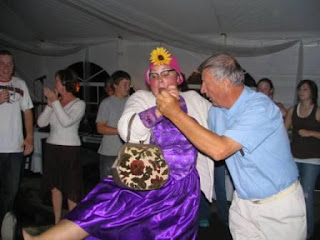