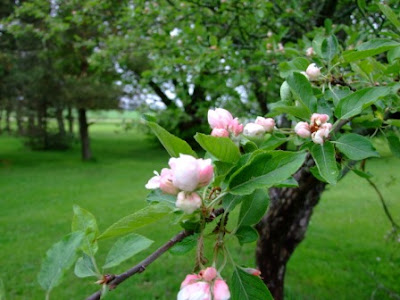 Time for a little farm tour via pictures.  Enjoy!
We'll start in the chicken coop where the brooding area is in full tilt.  I love the little brown laying hens in amongst the yellow fuzzballs.  They are so much more lively and busy than the meat birds, already.  And it seems that Mark and I were having a bad time as egg farmers/sellers at the time we ordered the layers since we only ordered 15 and now realize that we've missed the deadline to order any more for this year, unless we look elsewhere.  SO, that will be a decision to make at some point, although we need to recognize that we made the decision of 15 for a reason at one point. 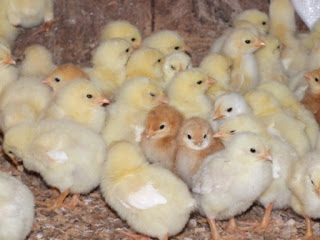 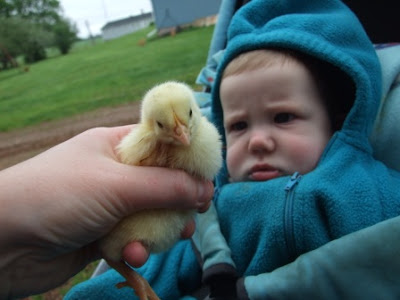 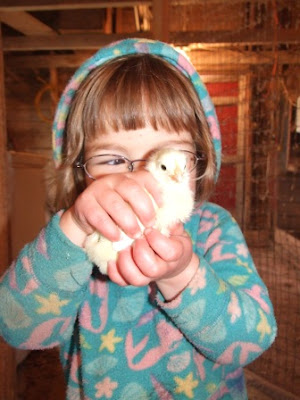 Next stop: a robin's nest that can actually be easily seen. 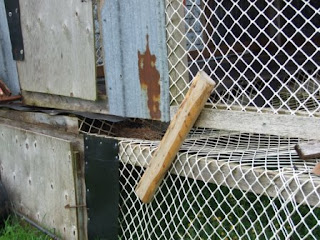 Here's the babies up close (don't worry all your birders, I kept a good distance, used my magnify setting).  I think there's four, but sometimes it looks like there might be five.  Have watched the mom feed them and they are growing as fast as the weeds in my garden, so not likely long until first flight.  A great little bit of science for the kids. 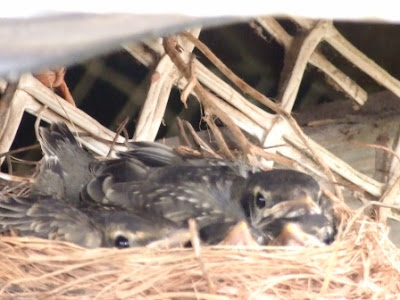 And of course, here's the sheep out on their new pasture, enjoying alfalfa in the mix for the first time in their lives.  So far, so good says the vigilant shepherdess. 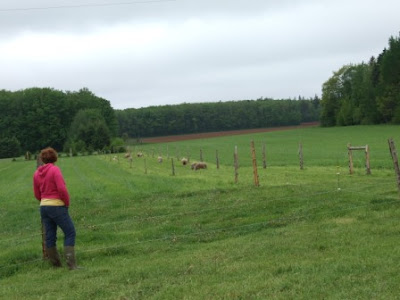 You may recall the failed experiment using the cattle trailer as a temporary shelter for the sheep on a rotating basis in the pasture.  It seems to be working MUCH better this time around.  Sampson needed to be out and about, but not with the ladies, so, thus far, this is working great.  He's next to the house and barns, but we still shut him in at night so that I can sleep without dreaming of howling coyotes. 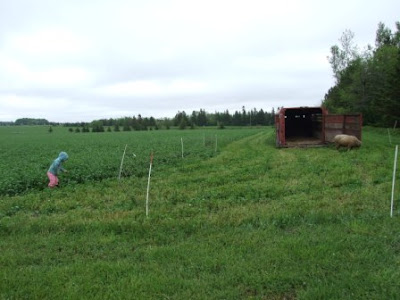 Over to the soybean barn where roasting was in full tilt today.  I like this picture of the steam rolling up to the roof and out the vents.  It smells so good. 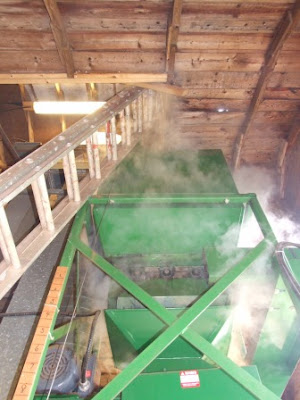 I don't think you can see it very well in this picture, but there are little white puffs of popcorn in amongst the roasted beans.  Evidently, that's what buckwheat does when heated just right.  Niche market possibility?  Popbuckwheat?  Not sure about that, although Mark says it tastes fine, like popcorn.  It's also a bit of a firehazard, so not overly welcome in the roasting barn. 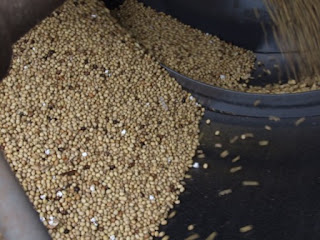 Then there's good ol' Rosie munching away on a pasture far too large and lush for one cow.  As the A.I. guy remarked, she seems pretty stressed.  Har har. 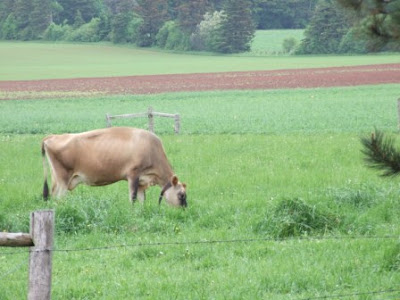 Now back to the house for some fresh bread.  Here's my wee bakers at work.  One, very intent, and quite a competent little kneader if I do say so myself, the other, more of the quality control school of ability. 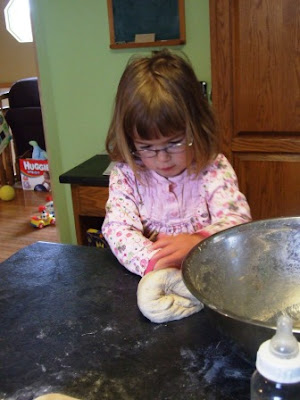 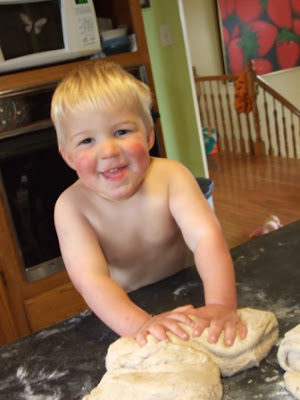 Hope this finds you sleeping deep at nights with the windows open to the cool spring air.