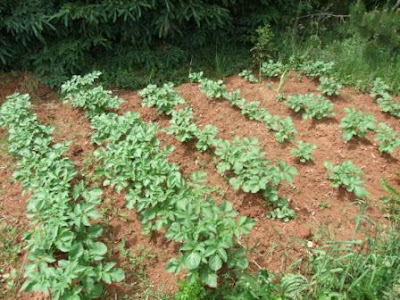 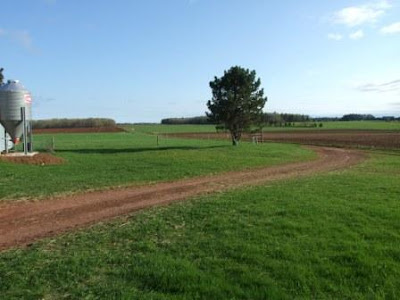 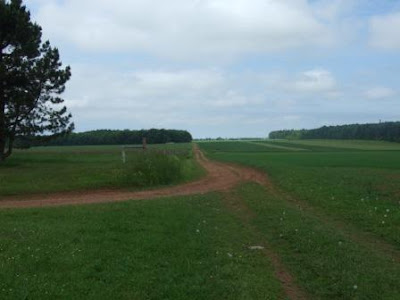 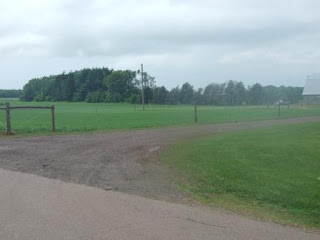 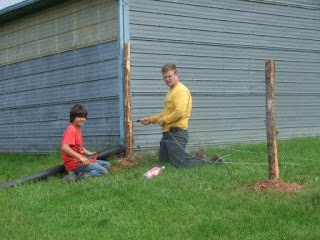 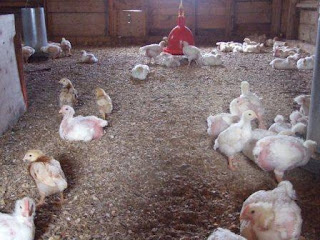 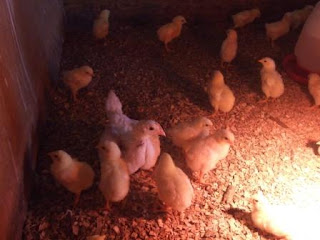 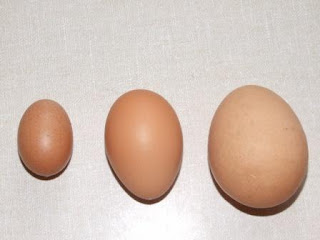 Just a quick post to let you know that all is well here and the lack of posts on the blog doesn't mean anything except that Wilson is at the 'hold-me-all-the-time' stage, and it's hard to do much typing with one hand.

Planting is DONE! And the grain is all up and looking good. The soybeans should be up soon, although with the temperature like it was today, if I was a soybean I'd stay underground.

The chicks are growing really well, maybe a little too well. A couple seem to be off their feet already. Most of them are really active and moving around, but there's a couple that don't look quite so hot. We're opening their pen up tomorrow morning to give them all more room. The next batch arrives next Wednesday so we've got to start toughening these ones up, getting them ready to go without a heat lamp soon. They've only got a little bit of downy feathers left, so they should be fine by the time the new ones arrive...I hope. Again, if the temperatures are much like they were today, and I was a chick (or a human for that matter!) I'd be curled up under a heat lamp. Brrrr...

Other than that, the sheep are doing well. Looks like we'll have to bring a shearer over from NB to shear them. Pretty soon, we'll have to separate the young rams as well, which means setting up a whole new pasture, but now that planting is done, the pressure is off and those kinds of jobs can get done.

The kids are good and Mark is busy, but also good. I'm tired, but also good. Mom and Dad's big anniversary party (50th) is coming up at the end of the month (July 4th actually) so that has been a welcome distraction amongst everyday life. I can't wait. I'm in charge of decorating, among other things, and I'm so excited for that job!

Well, it's not eight o'clock yet and I still have enough time to give the house a once-over before I hit the sack early tonite. Whooohoo!

Hope all is well with your corner of the earth!