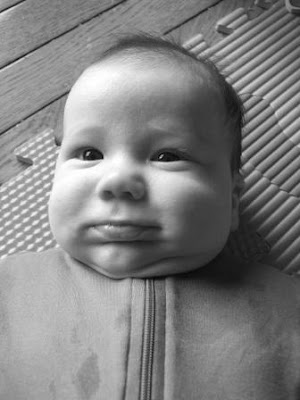 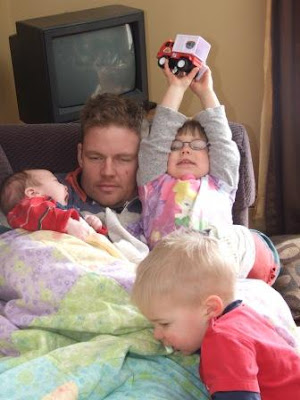 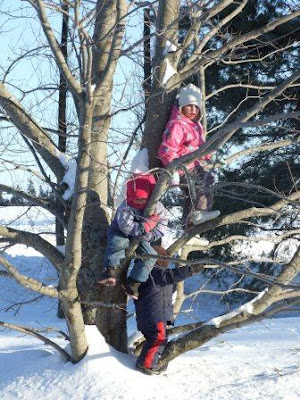 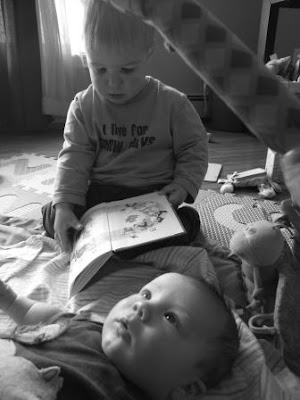 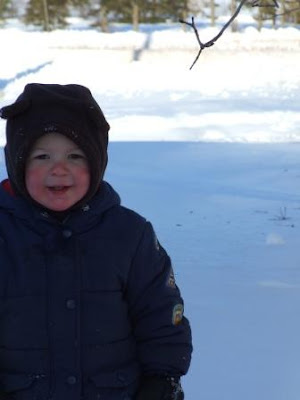 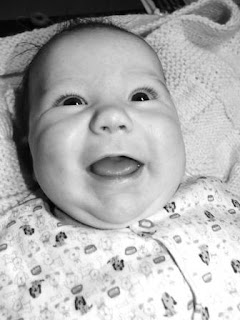 Hockey sticks as a farm implement

This is a disclaimer to any of you animal activists out there who've never dealt with cattle- you won't like this post.

When I first came to Mark's farm, maybe even for a visit before we were married, I remember seeing a broken hockey stick being thrown out.  I promptly said, "Don't throw that out if you really plan on having cattle someday! You'll need it!"

Growing up, when we moved the cattle way up the back road to the summer pastures, we were all equipped with various sticks and shovel handles and placed strategically to prevent cattle, by whatever means necessary, from going where they weren't supposed to (into to the graveyard, or Grammy's house, or the wrong drive way, or down the big hill, etc.)  Probably when we were smaller, the hockey sticks were meant more as a security tool for our peace of minds rather than an implement of cattle discipline.  But as we got older, it became apparent that something about the shaft of an old hockey stick is a very effective means of moving a large beast.

When I showed my dismay at the tossing of the old stick at the Bernard farm, I was met with a face of utter dismay and the statement, "We'll NEVER use hockey sticks on cows here."

Now let me be clear, it's not like I grew up beating cows and calves for fun.  We weren't put through any sort of cattle beating training and we didn't use them unless we had to.  But until you've tried moving a big Charolais steer into a shute, or separating a Hereford from her calf or teaching a stubborn Angus calf to lead, you cannot possibly understand the strength and stubbornness that comes with 1200lbs of refusing muscle.

Anyway, the point of this story is that Poppy escaped yesterday afternoon while Mark was mucking out the barn before feeding.  Up at the front barn I heard him whistling to the dog and looking a bit disgusted standing at the barn door while Poppy ran at high speed through the muck and the mud going everywhere but near the barn and near her bawling mother.  While trying to keep Rosie in and coral the wild beast, the dog was being of NO assistance (read:being a royal pain). But between the two of us we somehow got her close enough to the door to grab her; with me behind twisting her tail and Mark holding onto her collar, trying to drag her in.  Mark is not used to not being able to move something with sheer strength.

I'm pretty certain that if I could have seen into his eyes they would have been saying loud and clear, "Dammit, I could really use a broken hockey stick right now."

The moral of the story is to watch those things you say you'll 'NEVER say'.

Hope this finds you looking for signs of spring around every corner- it's coming!!!

I have been itching to get a post done for what feels like weeks now. Between a couple rounds with the flu, some water in the basement, a trip to the ACORN conference, a night owl baby and the daily rigors of life, leisure computer time has fallen pretty far down the list, if not off the list completely.

But I just wanted to let you know that Barnyard Organics is alive and well.  The aforementioned ACORN conference was really great, again, and it was a special treat to have a two night stay in a hotel room with only one kid in tow! A big thanks to Poohie and Grampy for that vacation! 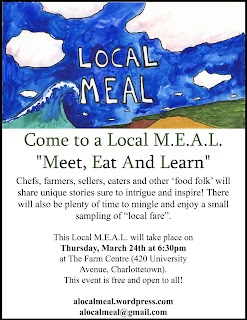 I am working on a project right now for a night called A Local M.E.A.L. (Meet, Eat And Learn) involving chefs, farmers, sellers and eaters where I will be presenting a talk called, "Why Organic Matters", using examples from our farm.  This is a particular challenge for me in that there is a very specific format for the talk called, Pecha Kucha, which is new to me.  It means that each speaker provides 20 photos/slides with each timed for 20 seconds so that the entire presentation cannot be longer than 6 mins 40 seconds.  It has been a real challenge for me to reign in my words and make each one really count, since 20 seconds is NOT VERY LONG!  Especially when it's something that I'm so passionate about.  So that has been eating up any spare computer time, but I think I've started to get it wrapped up.

Well, according to the kids, time is up, so that's all you get from me for now.

Our website and email is back up and running so life goes on.  I hope to post more soon.
Lambs have started to arrive and spring feels like it's on its way after all.  Whew.  Life goes on.

Looking forward to figuring out our technical problems and getting back on track.