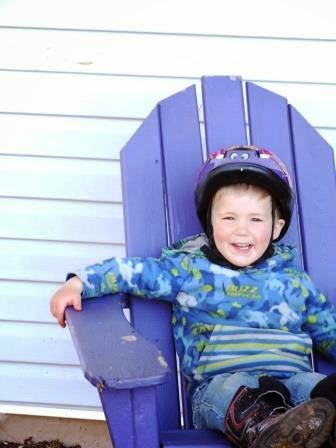 Get yer boots and yer helmet, it's time for a farm tour!
Finally made a point of taking the camera with me to chores the other night so you could all see the goings on around Barnyard Organics these days.
We start in the brooder where Sol is happy that the sides are just the right height for him to have a good vantage point (and easy for the bigger caretakers to step over without too much stumbling around).  Mark's sister, Sarah was kind enough to hatch a few eggs from our layers and we got a few cute and fast little brownies in amongst the fat yellow fuzzballs.  They are getting a bit more attention than their monocolour counterparts, but I think they're going to survive the mauling and 'loving'. 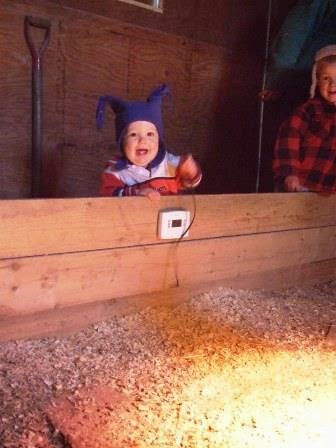 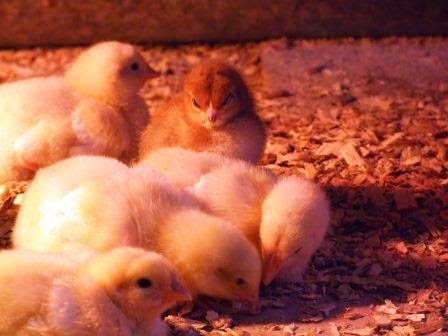 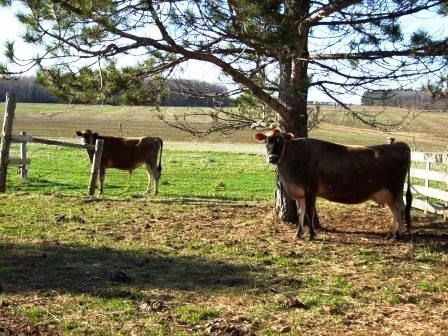 Next we head out to the cattle where we feed Rosie and Duffy, who are both nearing a milestone of sorts.  At some point soonish, Duffy is going to be heading to the Happy Hunting Ground in the sky (ie. our freezer) (Mark thinks we should sell tickets on Parliament Hill to an organic meal featuring grilled Duffy).  And Rosie is to be dried off in a week or so to prepare for her next calf, due in August.  We're not looking forward to buying milk and drinking a lot less of it, but this is pretty decent timing for having one less chore (milking) to do.  And then fresh ice cream in August will be pretty great too! Here's to hoping I have enough butter in the freezer! 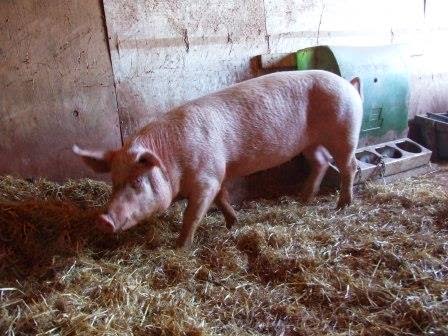 Next onto the pigs, who are happily rooting around in last year's pig pasture, but needing some expansion.  They seem to be a lot more interested in grass than last year's pigs, so we're opening their pasture up a bit this week to give them more grazing opportunities.  Nancy is a particularly good forager, although that may be out of necessity since we think Miss Pig Gail Shea is greedy at the feed trough and eats more than her fair share.  Nancy is the least photogenic pig we've ever had and makes snapping a picture nearly impossible.  I refused to indulge Gail's narcissistic tendencies by posting a picture of her on here. Just trust me that she's huge, happy and healthy (well, as healthy as overweight pigs can be anyway). 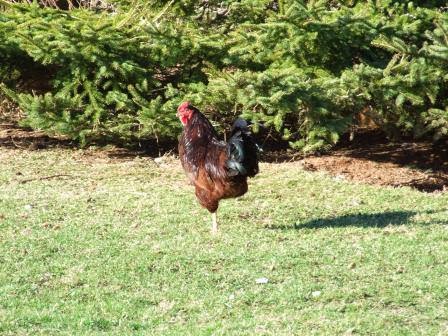 Here is one of the roosters-Mr. Johnny Cash if I'm not mistaken(-who looks all black when he's inside).  He nearly always stands on one foot and Thayne enjoys the trick of telling everyone the rooster only has one leg, so he wanted me to get a picture while we were going by.  Both our roosters this year are especially friendly (or at least NOT aggressive) and are gentle enough with the hens that none of them are showing signs of missing feathers or scratches, so they are on the  'keep' list for now. 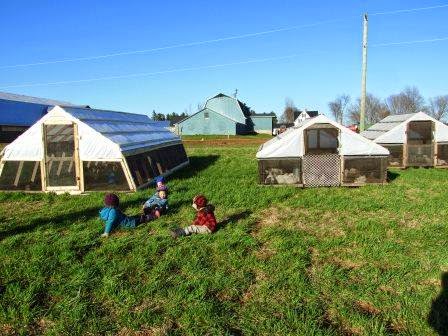 Next we head out into the pasture where we've finally gotten the chicken shelters out!  The big one, "the Palace", is for the layer hens and is designed to be more stationary- only moved once a week or so, while we let the hens out of the house during the day.
The other houses each have about 45 chickens in them and are so far working well again this year.  The kids and I are mostly in charge of moving them twice a day and keeping them in feed and water.  To be honest, I've become a bit redundant, as Lucy can drive the 4-wheeler, Thayne pulls the cable out, Wilson runs the winch and they can all run the water hose and pump.  I guess I'm just the muscles who lifts the feed. 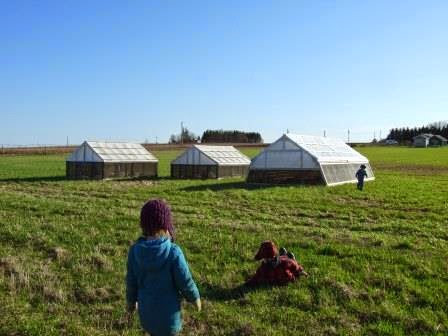 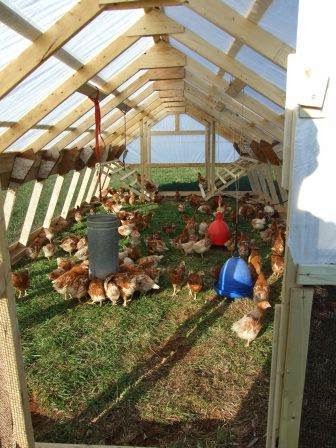 Finally, last stop is the egg washer.  Right now we only wash every other night, because it's only the eggs from our 40ish hens, but once the hens out on the pasture start laying sometime in July, it'll likely be a daily operation.  We're setting up the empty room in the Dead End as the egg washing room where the eggs can have their own fridge, etc.  Keep your eyes peeled for info on the egg CSA to come soon! 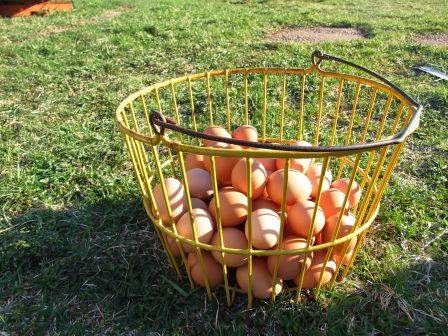 Having my first feed of asparagus tonight for supper, which is the sure sign that a new season is here.  After a winter of eating almost exclusively pork and a small bit of chicken, along with mostly root vegetables, quinoa and rice, I am so ready for some fresh chlorophyll and things picked within the last few days.  For all the complaining I did about seasonal eating, this long winter, the anticipation and arrival of these summer flavours is what makes it so good! 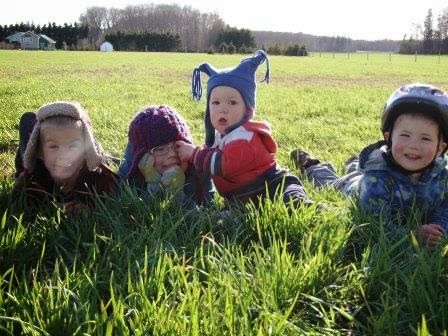 Well, I must be off to help finish up some sunny day projects around the farm and house.  Right after I help build a road in the sandbox for the 'manure spreader' to get through to the 'gravel pit tunnel', whatever that important piece of infrastructure is.

I hope this finds you enjoying some summer flavours of your own!