It's been days of taking a deep dive into my own racism and sitting with it, recognizing it and examining my white privilege a little closer than usual. Lots of learning and being uncomfortable, which feels like a good place to be at the moment. And while I work on my own, my concurrent resolution to ensuring my kids don't grow up with prejudices and understand white privilege before they're in their 30s is the focus of my anti-racism legacy for now.

On top of all that heady internal work, we've all been toiling in the second best season on the farm, thriving on the anticipation and hopefulness of spring. A quick tour perhaps? 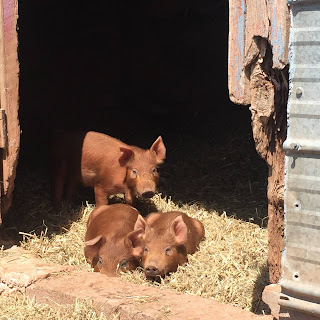 Harry, Ron and Hermoine have settled in quite nicely. We're still shutting them in at night, just to be safe and we let them out in the morning after we've separated the milk and brought them the extras. Milk is the best way to make friends with pigs and these ones are no exception. 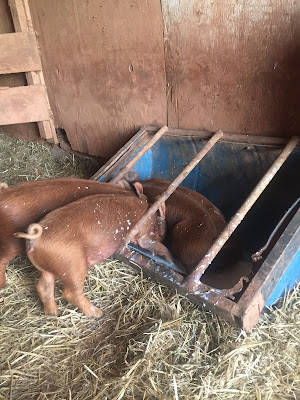 As you can see they're pretty enthusiastic about their dairy intake. 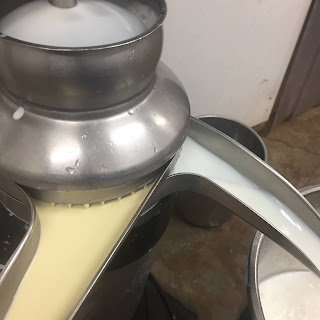 Petunia's cream has taken on it's lovely yellow hue for the season and ya can't help but wonder what extra nutrients we're getting this time of year when the cream alone is about 10 shades darker. 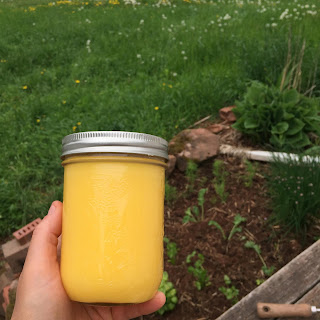 My new culinary challenge and kitchen staple: Ghee. A step past clarified butter. Butter without the lactose. A higher smoke point so it's good for frying, unlike butter. Flavour city. Countertop stable for months. SO GOOD! 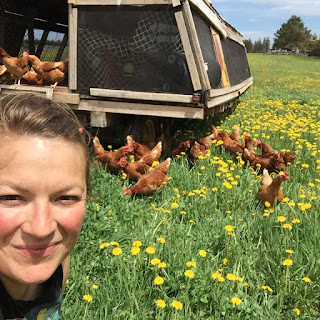 The layers are enjoying their summer pasture and since there's only 30 of them now, after renting out the rest, they're quite content in one spot for a few days, as opposed to the daily moves we used to do. Soon enough to new pullets will be here and needing more frequent moves but for now it seems we're all happy with this set up. 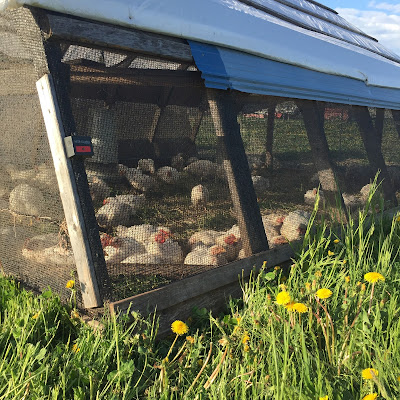 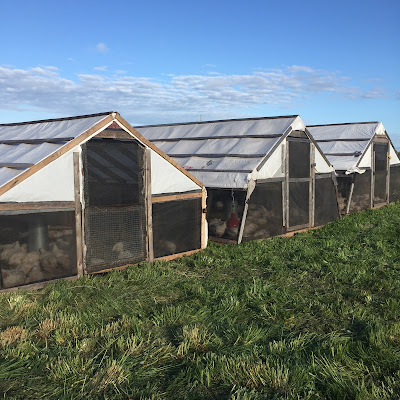 The meat birds made the move to pasture a couple weeks ago and have been doing great. It hasn't been without its challenges as the neighbourhood fox and her kits have been about, but after a night of me sleeping in the truck with a gun in the pasture, we tightened up the fence, heated up the fencer, added a second layer of fence around the shelter and knock on wood, have slept mostly pretty soundly since. 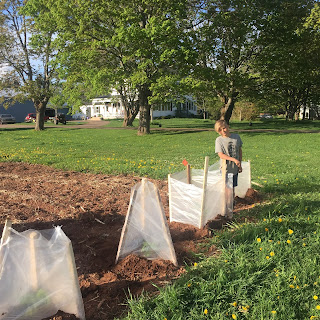 Wilson has been stewarding some giant pumpkin seeds from his grandfather. He and I built these little tents for them and tonight he covered them with the frost warning in the forecast. Fingers crossed! 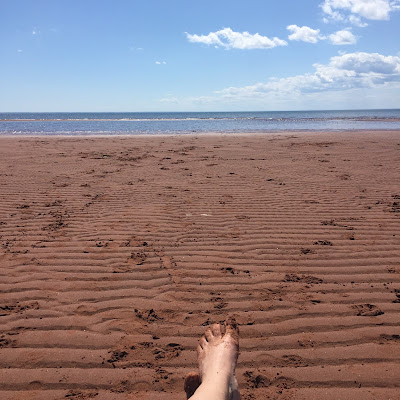 We managed a lovely beach day last week and it was exactly what the soul ordered. Low tide on the south shore is the best beach on PEI, hands down. Don't come at me with your north shore beaches, I won't be swayed. 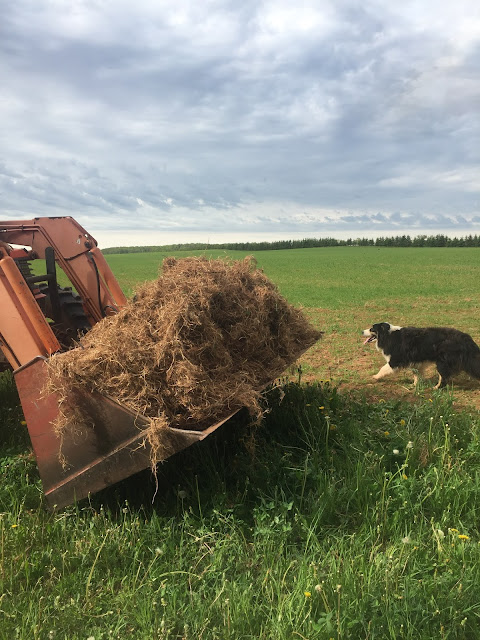 After finger weeding, there were some windrows of couch grass rhizomes gathered at the bottom of the field where the weeder had been lifted. Some of them edged out into the field so we went around and gathered them up with pitchforks. Although we're not scientifically convinced that this physical removal of roots helps reduce the weed pressure, it is so cathartic and satisfying to dump several large tractor bucket fulls into the woods.

I've been contemplating if people are still reading blogs. It feels to me like it might be a communication method of the past, since I personally only remember to check a blog if it's linked directly from something else. A weekly newsletter might be a solution? I receive a Sunday morning newsletter each week from a local author that basically briefly tells a quick story about a few photos from his phone that week (or from the past). It's become one of my favourite parts of Sunday mornings. Maybe we could do the same?