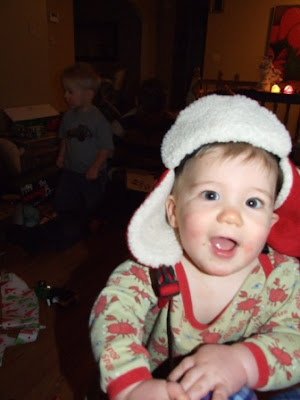 These are by no means chronological since this is Thayne in his new hat on Christmas morning.  I like how you can see the excitement of Christmas morning in his eyes, despite him not really understanding any of it and woke up after most of the chaos had passed (although in our house it never really passes). 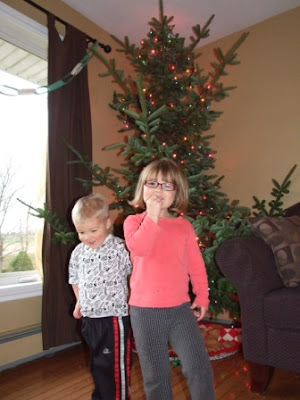 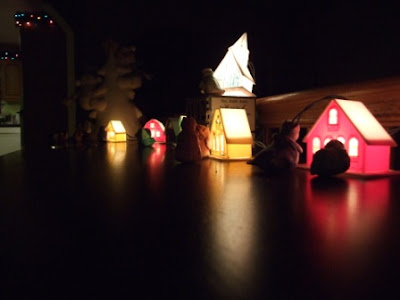 One of my favorite parts of the Christmas decorating when I was growing up was this little group of plastic houses called The Alpine Village (which for a while I thought was a bit illicit since Mom hated when my brother had beer labels on his stuff) and I got the privilege of setting it up, deciding its placement, the amount of snow (cotton batting), etc.  My first Christmas away from home, Mom sent it over to PEI and again, I found the perfect little home for it, set it up lovingly and was so proud.  This year, I finally decided/realized that nothing is sacred with children around and that I would surrender the aging village (with a severe speech in 'being careful with this village-it means a lot to me!') to Lucy who I was happy to see enjoyed rearranging and setting it up as much as I did. Everyday the village would get fixed up and the few little snowmen characters would get put in their place.
It wasn't until I brought out the little manger scene characters that we had made last year from salt dough that things really got interesting.  The snowmen dissappeared (to be found underfoot in July most likely)and were replaced with the shepherds and Mary, each watching their respective house.  You can see the shepherd and his sheep looking in on the red house. 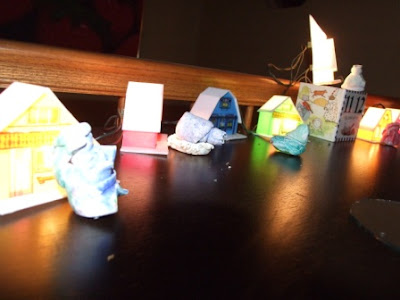 You can see in this shot that one wise man is particularly worn out and is taking a nap in the manger. The wingless angel is guarding the church and Jesus is missing, to be found later wrapped in what might be called swaddling clothes on the doll bunk beds in Lucy's room.  He is about the size of Lucy's thumb, so surprised that he was found at all. 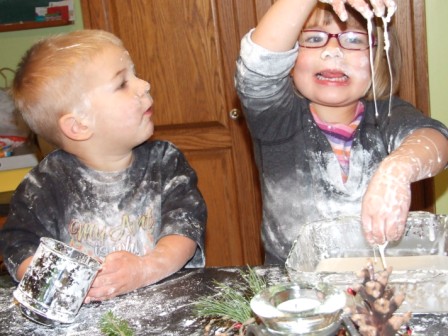 In some of the time passing we did in the month coming up to Christmas, we discovered the wonders of cornstarch.  And just when you thought that dry cornstarch couldn't get any more fun, you add water and discover another 45 minutes of adventure.  My tidy boy wasn't interested in getting into the slime, but did enjoy the show he sister put on for him. 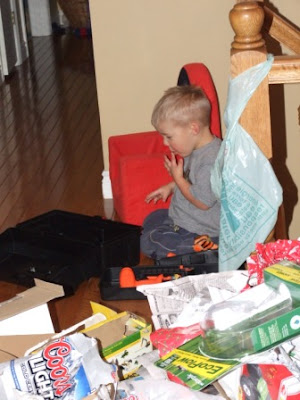 Here he is on Christmas morning having found a quiet corner behind the mound of garbage and stashed his chocolate in his new toolbox and was having a moment to himself. 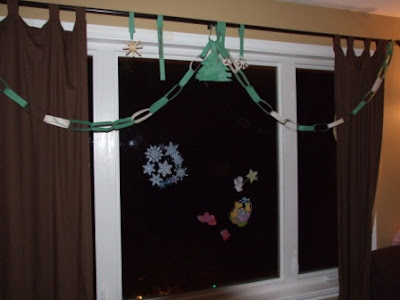 Another pass time for the month of December was every manner of homemade decoration.  Here's our front window and as the month went on, more window sticker (thanks Mom) characters were invited to the Christmas excitement.  We had Valentines and Easter covered there as well. 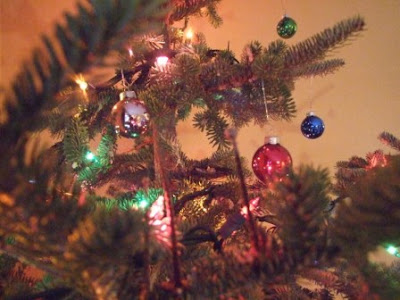 Turns out Christmas trees are tricky to photograph but I wanted to try to get the 'natural candles' that was all over ours this year.  I don't think they're very common on commercial trees and they make a 'wild' tree that much more special, to me at least.  There's two big ones in the foggy foreground, but there's more at the top you can almost sort of see in this shot. 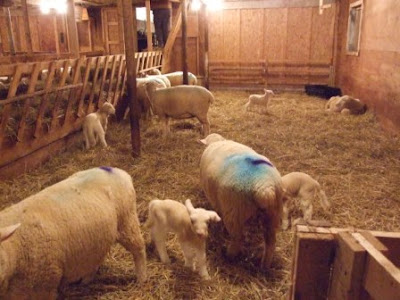 And here's what consumed much of my Christmas, or so it felt.  Had late nights, early mornings and midnight treks to the barn, which I seem to be still catching up on.

In other news, Mark and I are heading to Nfld. soon for a little getaway.  Turns out that a getaway from the farm pretty much has to happen during the coldest, worst travelling months because the rest of the year is pretty well booked up with life consuming chickens to be moved, sheep to be moved, cows to be milked, crops to be planted, tended and harvested.  Even in Feb. there's snow to be blown, but alas, it will have to blow itself since we're headed for the Rock.  (and if there's anywhere that sounds inviting in Feb. isn't it something called The Rock!?) haha.